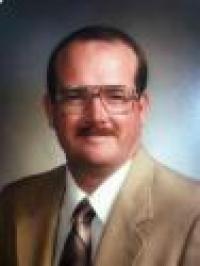 Dr. Range was born in San Antonio, Texas in 1952 while his dad was serving in the U.S. Army. At 6 months of age, Dr. Range’s family moved the Mesquite and lived on the Range family farm until mid 1955 when Dr. Range’s father purchased a farm in Falls County, Texas just east of Marlin.

Dr. Range attended public schools at Marlin Independent School District from grades 1-12 graduating in May 1970. During grade school, Dr. Range was active in Cub Scouts and Boy Scouts, rising to the rank of Eagle with two palms. He was also was Order of the Arrow and Junior Assistant Scoutmaster while in the Boy Scouts. The high point of his scouting experience was going on a 10 day trek in the Sangre de Christo mountains at Philmont Scout Ranch near Cimarron, New Mexico.

After entering Texas A & M University in September 1970. Dr. Range went on the earn a Bachelor of Science degree in Veterinary Science in December of 1973 and a Doctor of Veterinary Medicine (DVM) in August 1975.

After graduation, Dr. Range practiced in South Houston, Texas for 2 1/2 years before coming to Mart and opening Mart Veterinary Clinic in 1978.

From 1992 to 1995, Dr. Range attended The University of Texas at Austin and obtained a Bachelor of Pharmacy degree.

Dr. Range’s family consists of three boys and one girl who are all away from home and have families of their own. Dr. Range’s wife, Carolyn, and he were married in September of 1982 and currently reside in Mart with numerous cats and dogs.

Outside interests that Dr. Range has include travel, farming, dirt work, continuing education, and making the world a better place.